Lung cancer is one of the three most prevalent cancers in the U.S., 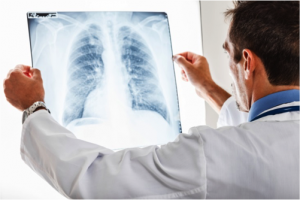 along with breast and prostate cancer. Unfortunately, unlike breast cancer and prostate cancer, which affect similar numbers of people as lung cancer, lung cancer is much more deadly. Lung cancer is the leading cause of cancer-related death in the U.S. and worldwide. This is true for both men and women. In 2012, lung cancer was responsible for 1.56 million deaths. The symptoms of lung cancer include weight loss, coughing, coughing up blood, shortness of breath, fever, chest pain and difficulty swallowing, but these symptoms are common to other respiratory illnesses, so their lack of distinctness delays medical attention to the cancer until it’s too late.

The survival rate for individuals who are diagnosed with early stage lung cancer is 54 percent. Unfortunately, only 15 percent of cancer diagnoses are in the local stage. If we can convert even half of the late and middle stage diagnoses, which together account for a full 79 percent of all lung cancer cases, to early-stage diagnoses through regular checks and early detection, then the five-year survival rate of all lung cancer cases would rise to almost 32 percent. That is a big hypothetical completely dependent on the fact that relative survival for localized lung cancer remains static.

These statistics, 54 percent of lung cancer deaths, is an incredibly good reason for all long term smokers or secondhand smokers to get regular tests for lung cancer after the age of fifty. The average age of diagnosis is 70 while the average age at death is 72. If you or your partner has smoked for decades, get checked regularly.

Perhaps the greatest tragedy is that even after successful treatment of the original tumor, the cancer may have spread to 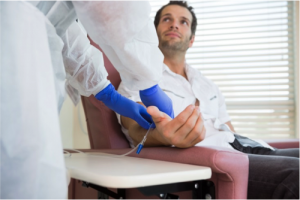 inoperable areas, necessitating alternative and less invasive options like precision radiology. Treatment options are limited in most cancer cases. Radiotherapy and chemotherapy are common treatments for the late stages of cancer. Early stage lung cancer can see surgery as effective depending on the health of the individual and the type of cancer. Ultimately, hope for survival depends on early detection, a good attitude and a capable cancer care team.