ANCHORAGE (KTUU) It’s one of the most frequent type of cancer found in men. According to the CDC, in Alaska in 2016 there were 362 new cases of prostate cancer, but if caught early, the survival rate is quite high. In this week’s 2 your health, a survivor is sharing his message to other men on the importance of getting tested.

Words that couldn’t ring more true for Jim Dorscher. A routine exam showed higher levels than normal of the amount of PSA or Prostate Specific Antigen in his bloodstream.

“We said well it shouldn’t be over 4 until you’re at least 60 years old,” said Dorscher.

“I went in to see a urologist and they did a biopsy and it came back, but the scary part to me was when the doctor calls you instead of his assistant to tell you you have cancer, so that’s tough,” said Dorscher.

He didn’t waste any time when it came to treatment options. For him, a new state of the art type of therapy called Cyberknife allowed him to do his treatment in 5 days over a two week period.

“We’ll use these tiny little beams which are about 2 to 3 millimeters in diameter and that’s what allows us to get so so precise,” said Dr. Magnuson on how the Cyberknife works. 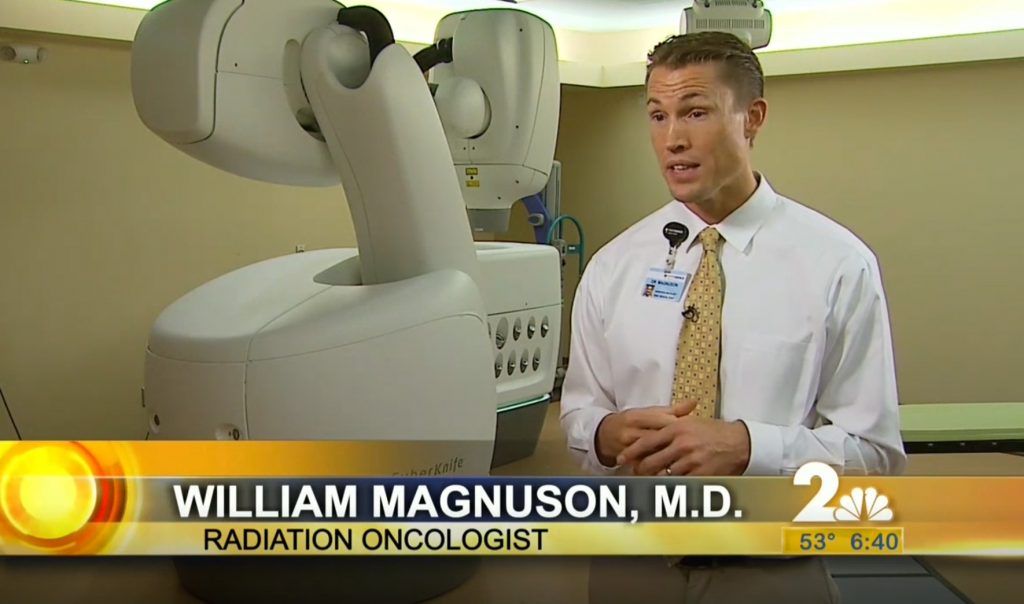 Dorscher added, “My score went from a 9.8, down to a 2.84 and that made me pretty happy. I was pretty excited about that.”

“I have a long list of patients who I just see on an every 6-month basis with low-risk prostate cancer who I haven’t treated, who may never need treatment,” he said.

But for patients like Jim who are diagnosed and choose treatment, his message to other men is don’t wait.

“You always think it’s going to be somebody else, it’s not going to be you and so that’s probably the biggest thing to figure out is that it can happen to you and you can be a survivor and I guess that’s my name now, I’m a survivor.”

Prostate cancer is the 3rd leading cause of cancer death in men.