Liver cancer can originate in the liver, or spread to the liver from other organs. In this section, we’ll focus specifically on individuals 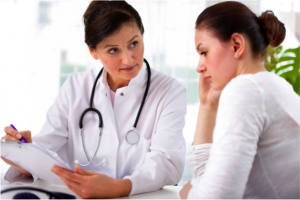 diagnosed with cancer that began in the liver, rather than metastatic tumors.

Hepatitis B and hepatitis C make up 60 percent of all primary liver cancers. Because of this, liver cancer is relatively uncommon in the U.S. and accounts for only 2 percent of new diagnoses annually. However, because of the prevalence of hepatitis in other parts of the world, particularly developing countries, it’s the third leading cause of cancer death globally, which underscores its severity.

Other causes of liver cancer include cirrhosis, which is most likely caused by alcohol abuse in the U.S. Risk of infection increases with those who have histories of obesity, diabetes, smoking and several hereditary conditions, such as hemochromatosis and primary biliary cirrhosis

This year, there will be an estimated 33,190 new diagnoses of liver cancer and an estimated 23,000 deaths. Only one in six patients will live for five years or more after a liver cancer diagnosis. As bleak as this is, medical professionals have managed to increase five year survival rates to where they are from one in 20 in 1991.

Liver cancer is most often diagnosed in people over the age of 55, with men being twice as likely to be diagnosed than women. Part of the reason that survival rates are so low is that only 42 percent of cases are localized when discovered. Almost one in five cases has already metastasized by the time they’re discovered, and one in four has spread to regional lymph nodes, which significantly lowers the patient’s likelihood of survival.

The treatment of choice for tumors that haven’t spread is usually a surgery that will remove the tumor and some surrounding healthy tissue, with the hope that no cancerous tissue will remain. Five-year survival rates after surgery can be above 50 percent due to 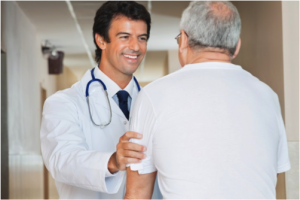 recent improvements; however, cancer recurrence after surgery still exceeds 70 percent. These are daunting numbers and require the patient to think long and hard about all options available. Some are unwilling to perform a surgery that might not work ,while others are looking for anything that might promise a few more years. However, some people are unable to pursue surgery which means they must look into other options, like often surprisingly effective radiation techniques.