Prostate cancer is a disease that can only affect men. Unlike even breast cancer which though associated with women but can grow 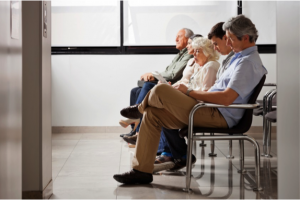 in both sexes, the prostate gland is as common a natural occurrence in the female body as ovaries are in men. The prostate is part of the male reproductive system and is responsible for the production of much of the volume of the seminal fluid. Cancer of the prostate gland is more diagnosed than breast cancer, and it is gaining as much popularity as the pink-ribboned disease. Prostate cancer is often relatively slow growing and often shows no symptoms. In later stages, however, it can be responsible for diminished reproductive function, problems urinating, blood in the urine and pain in the back or pelvis when urinating.

The direct causes of prostate cancer are not entirely known but there are a few correlations to increased risk. Prostate cancer is significantly more prevalent in developed nations; however, this is largely due to the availability of medical testing increasing the rate of diagnosis. Also, race, diet, family history and obesity all can play a factor. There is a small increased risk of prostate cancer with lack of exercise.

High rates of red meat and dairy consumption increase the risk for prostate cancer. It’s possible this is due to a decrease in the rates of vegetable consumption that has a direct correlation with high red meat diets. Also, men who have a first-degree relative (father or brother) with prostate cancer are twice as likely to be diagnosed in their lifetime; this soars to five times as likely with two or more first-degree relatives diagnosed.

The most common treatment methods for prostate cancer are watchful waiting or active surveillance. This is largely due to the comparative harmlessness most people experience with early stage, slow growth prostate cancer. However, surgery to remove

the tumor can leave the patient incontinent, due to the prostate’s proximity to the bladder, or with no natural reproductive function, which makes many men hesitant to undergo surgery. Most cases will never need surgery, and instead will use other extremely effective courses of treatment.

Prostate cancer is the second most commonly diagnosed cancer in the United States, which has led to dramatic increases in treatment options and survival rates in the last 40 years. However, that doesn’t mean there isn’t cause for concern. If you are diagnosed with prostate cancer, work closely with your physicians to pursue the right treatment.